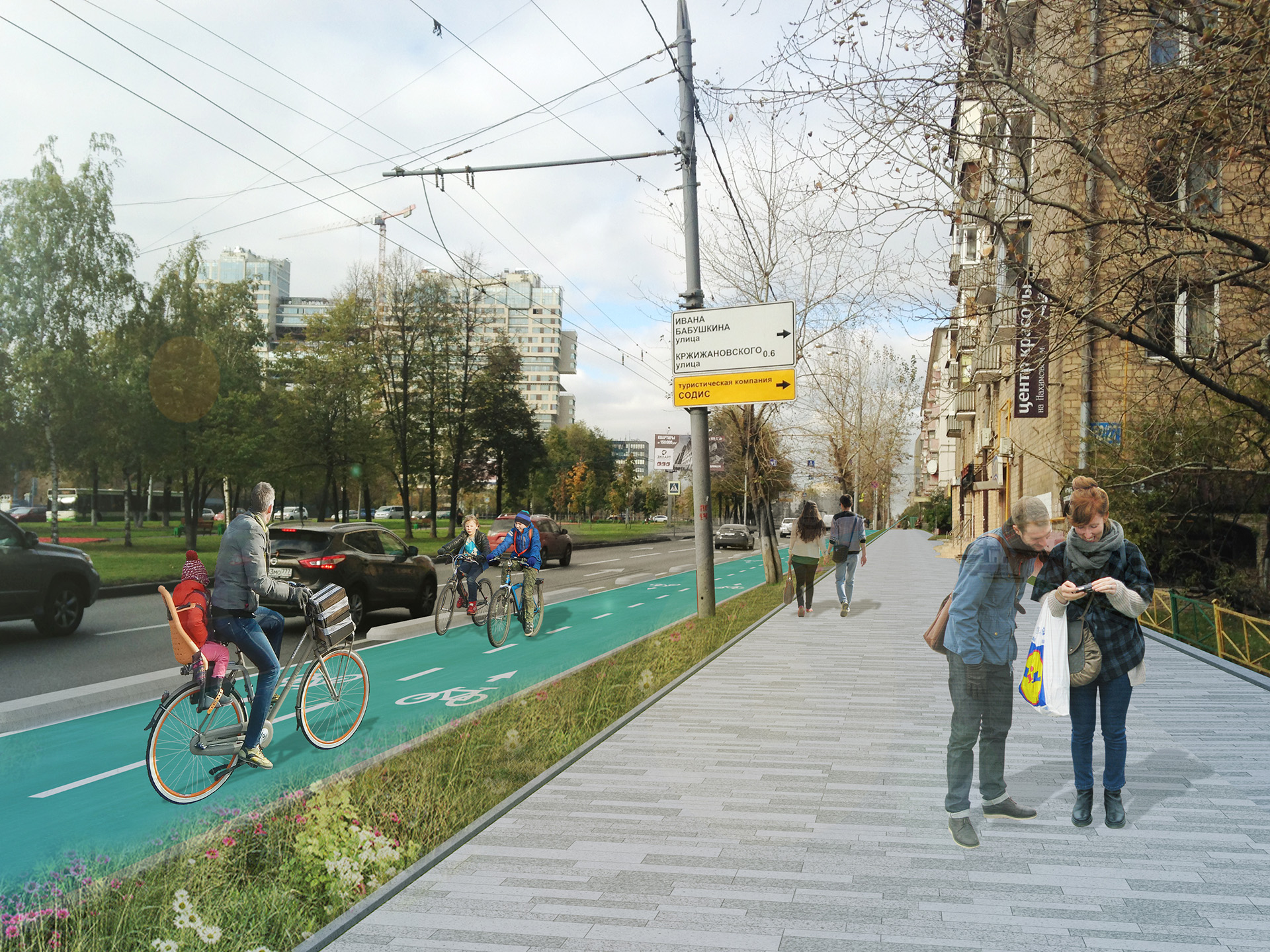 The Green Ring project is a concept design for the realization of a circular cycle route linking numerous parks and forests in Moscow.

The Green Ring is located in the area between the Third Ring Road and the MKAD, it is developed for Moscow Department of Transportation.


The route was outlined in the strategic cycle network proposed in the Pedestrian and Bicycle Masterplan 2020, on which MIC-HUB also collaborated.

The My Street 2015-2018 programme, which scheduled the interventions, designated the western half of the Green Ring as a priority project.

The project is a challenging one, not only as it proceeds through parks and green areas, but also because it seeks to transform stretches of main roads and complex intersections that often convey vast numbers of lanes and intense traffic flows. The goal of the project is to design the concept for the cycle route, as well as complementary facilities for cycling, including wayfinding signage, lighting, bike racks and bike storage.


MIC-HUB contributed to an understanding of the traffic scheme and gave some preliminary evaluations on the magnitude of traffic flows. As the design process started, MIC supported Strelka KB in making slight adjustments to the planned route in order to minimize conflicts and maximize accessibility to attractors and public transport hubs.

MIC-HUB addressed all the road design issues involving space redistribution and road safety: the design of the cycle route had to include interventions aiming at either protecting cyclists from vehicles or controlling and slowing traffic flows on the streets.