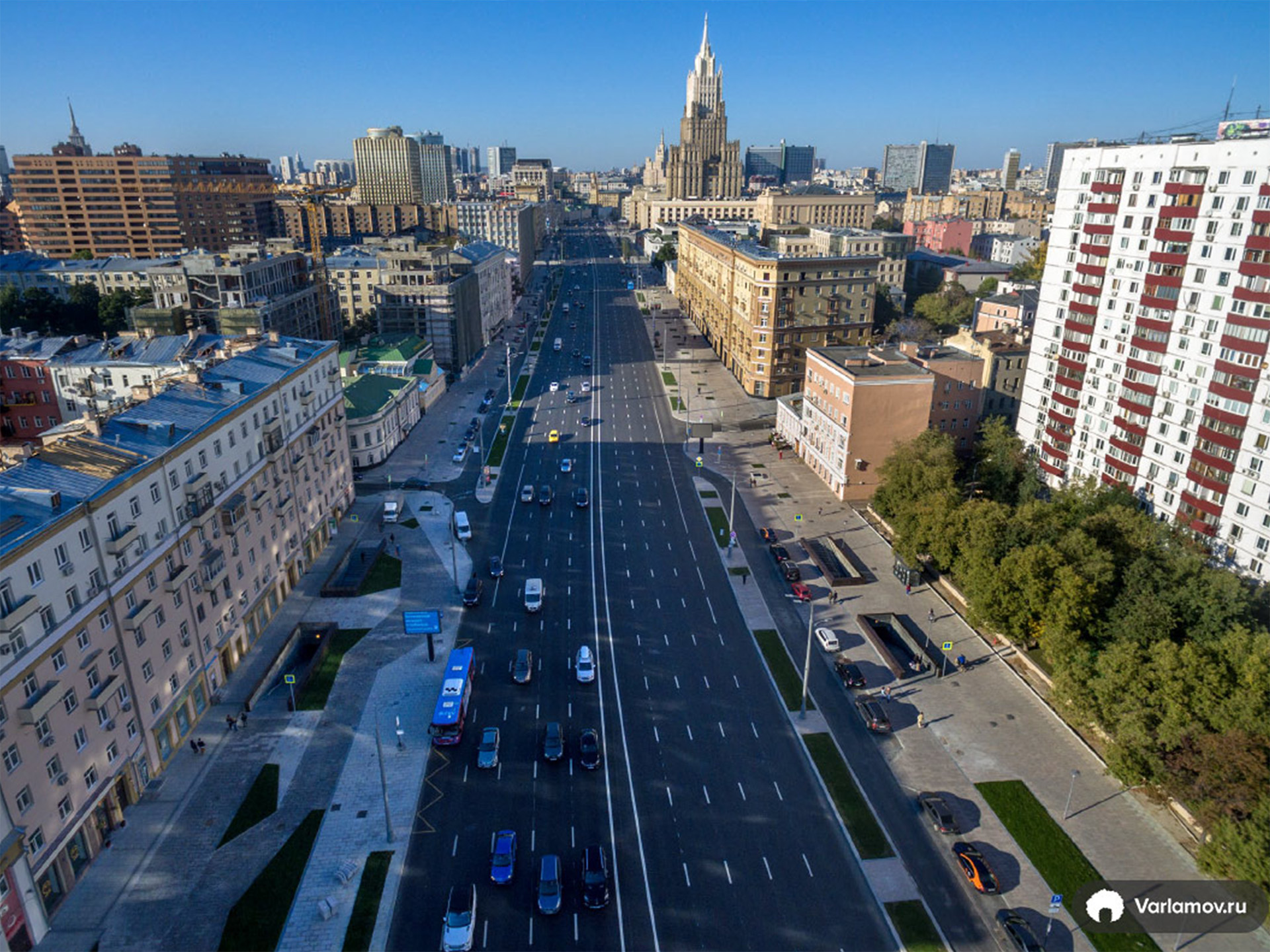 The Moscow Garden Ring is a transformation project to turn the car-centric space into an urban vocation space.

The 16 km road occupies the area of ​​the former defensive walls and is the main circular ring road around central Moscow.


The Garden Ring was the largest project in the ‘My Street’ program launched by the Moscow government, one of the biggest-ever complex improvement projects in the modern history of Moscow. The program was based on the concept of a pedestrian area, involving the requalification and renovation of the streets to provide a more pedestrian and bicycle friendly environment.


Considering the congested and degraded conditions, the Garden Ring required innovative solutions in qualitative and quantitative terms to a number of issues, including the capacity of the right of way, the potential of the streetscape design, the attitude towards hosting a surface public transport system and the spatial configuration of the intersections with the side streets.

MIC-HUB supported the project team in the development of the road design and streetscape of the entire Garden Ring to restore the former garden-like character of the road.

The project transformed The Ring from a barrier between the districts of Moscow into a space for the people, for interaction and meeting.


It has increased at-grade connectivity while reducing the road sections, subsequently leading to a reduction in private traffic flows in favour of an enhanced public transport system. Large road areas have been transformed and integrated with existing squares to improve and regenerate the urban public space.

The new Garden Ring is an iconic regeneration project that transformed a street for cars into a space oriented towards pedestrians and cyclists.