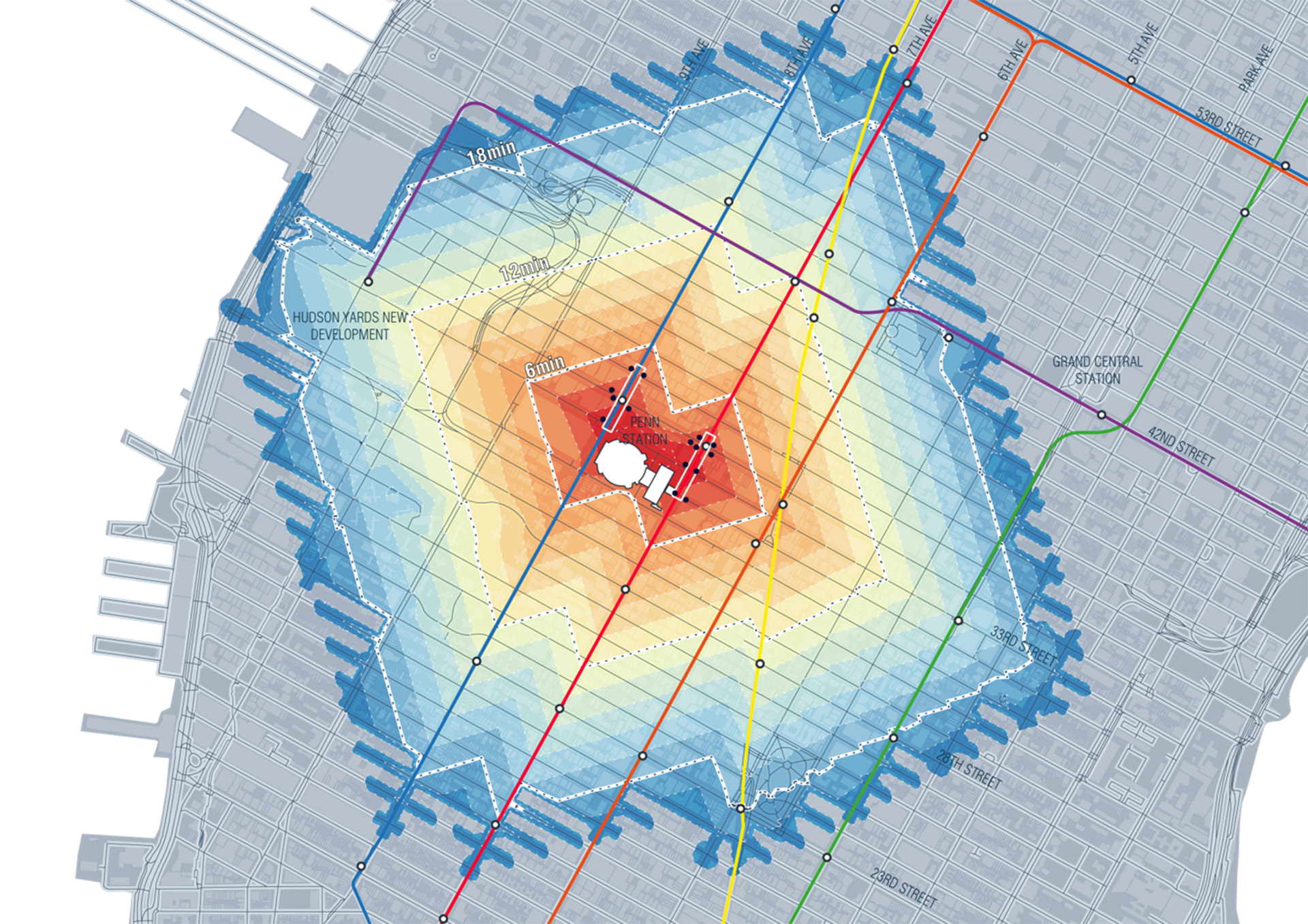 The busiest station in New York, Penn Station, has been subject to a series of operational and layout improvements.

Kick-started by the Station Renewal Initiative, Penn Station improvements, focused initially on the concourse areas as a testing bed towards an overall makeover.


Penn station is the largest Hub of Amtrak, tha National Railroad Passenger Corporation, with a range of more than 600.000 commuters/day.

The two 34th Street-Penn Station Subway stops are among the most important of New York City, with 54 milions passengers a year.


The project turns the obsolete station condition into a more pleasant environment for passengers by enhancing its role as a national hub, as well as offering new urban quality at the local scale.

The pedestrian modelling helped to better understand and validate the best renovation option among possible alternatives.


The main tool used for assessing layout options was Legion SpaceWorks, one of the most widely used pedestrian simulation software programmes.

An additional aim was to locate the best positions/most visible areas for wayfinding and commercial purposes.