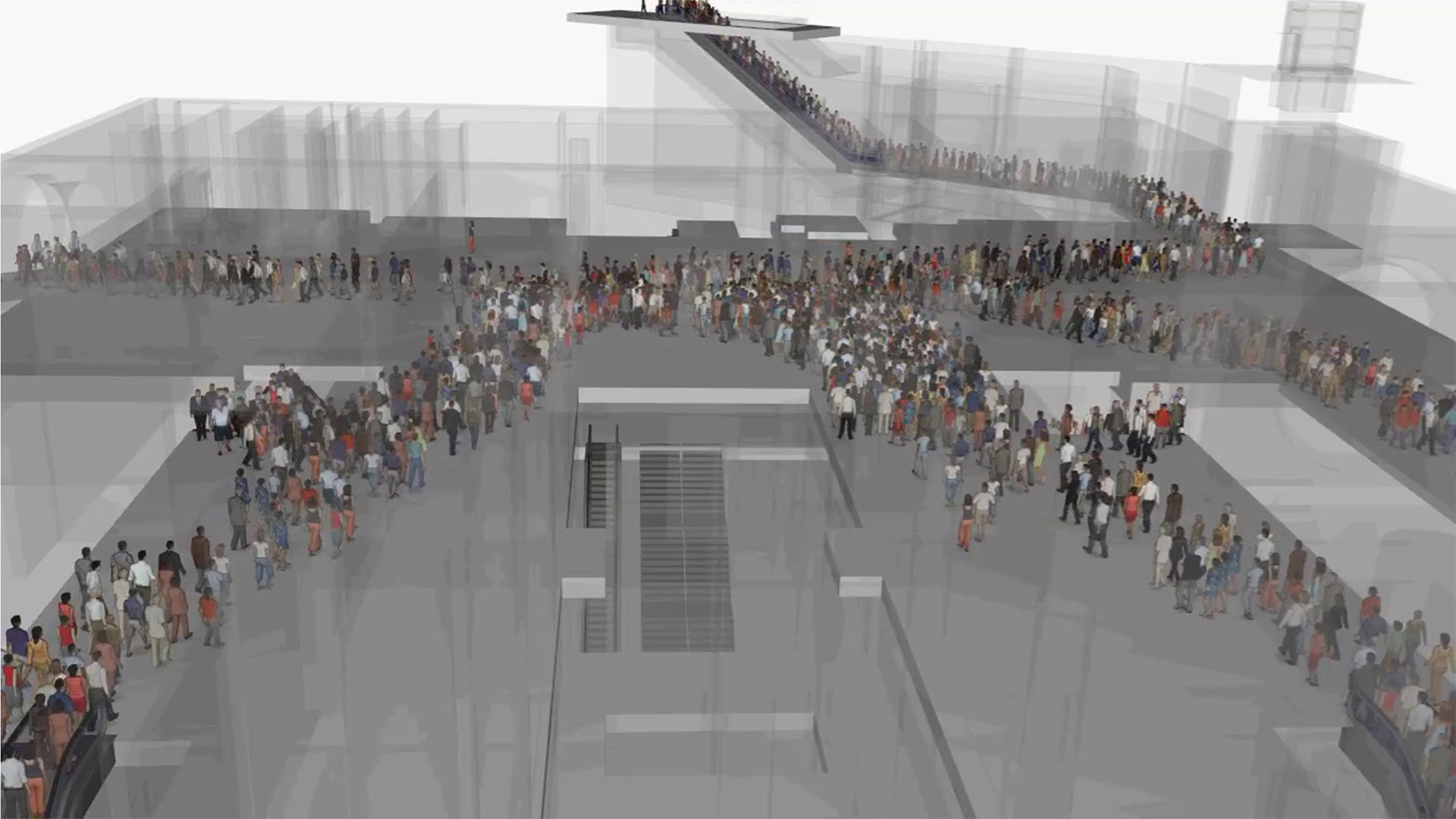 The two new metro projects covering Dudullu-Bostancı and Ümraniye–Ataşehir–Göztepe lines are part of the large infrastructure investment made in Istanbul toward an extended public transportation system.

The Dudullu-Bostancı line runs from south to north with a length of 14km and 13 new underground stations. The line is completely underground with many connections with other main Istanbul transport systems such as the Bosphorus ferry (at Bostanci Harbour), the Marmaray railway, the Kadıköy-Kartal and the Üsküdar-Çekmeköy line, which is under construction. A fully automated metro system will be implemented with driverless trains, CBTC, and platform screen doors at stations. The line underpasses a very complex urban area and features station with particular architectural and functional layout. The tunnel is expected to be excavated by TBM.

In order to support the architectural design team, a dynamic pedestrian simulation analysis has been carried out, assessing peak hour scenarios for normal, delayed and evacuation operation.

Overall, MIC-HUB conducted the activities of pedestrian modelling from the original 21 stations along both lines to 6 target stations which are representative of highest passenger demand and have diverse functional complexities and layouts.


Based on a given target demand scenario, the Legion simulation software adopted by MIC-HUB is enabling a crucial transition from ad-hoc design methods based on intelligent guesswork, to new predictive methods in which design proposals and iterations can be tested and assessed accurately and cost effectively.

Furthermore, MIC-HUB contributed to the draft of the Architectural corporate identity manual by providing recommendations for dimensioning and functional design with the aim of enhancing passenger movements and the station level of service.