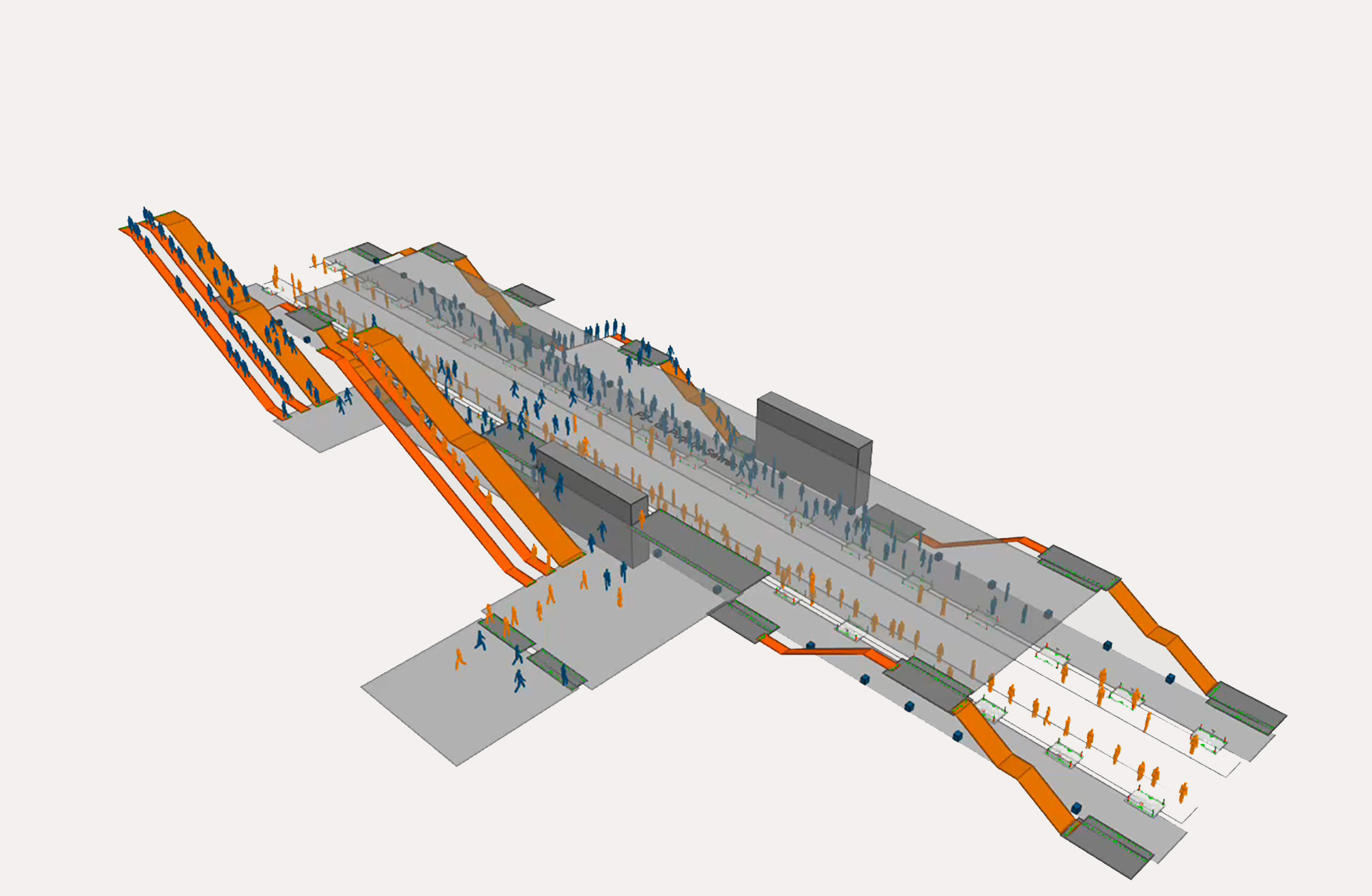 Grand Paris Express is a group of new rapid transit lines being built in the Île-de-France region.


MIC-HUB joined the team of experts, led by FBCC Architecture with offices in Paris, in an extensive peer review exercise of 11 planned stations belonging to lines 15 and 18.

MIC-HUB advisory on passenger flows was aimed at the critical examination of the station layouts; hence, at identifying possible design optimization strategies, particularly around the standardization of technical and geometrical solutions.

MIC-HUB supported FBCC’s work in the definition of passenger flows, analysing the expected traffic data and developing a set of micro-simulation pedestrian models, with the aim to evaluate passenger circulation, subsystems capacity and vertical transportation, as well as to identify any critical issues with passenger flows on the given layout and on those developed by FBCC.